Blockchain technology and video games are on an unavoidable collision course — and we just can’t look away. This article examines just some of the many ways blockchain is likely to completely disrupt the gaming industry.

The Growth of Gaming

The overall global gaming industry is growing at lightning speed. Just three years ago, the global games market earned $93 billion in revenue, yet in another three years, those earnings are projected to reach $180 billion.

Such rapid growth is mind blowing for an industry that’s been around for 50 years.

What’s even more amazing is the growth of the mobile games market, which over the same six-year period, is projected to rise from approximately $31 billion in 2015 to a staggering $106 billion by 2021.

Mobile games, free-to-play, and virtual item sales have played a huge part in the rapid evolution of the games market. In just a few short years gaming has shed its persona of an industry targeted to nerdy adolescents (and overweight men still living in their mother’s basement) to a maturing global industry with popularity across all sexes, ages, and nationalities. It’s an impressive growth, and one that is clearly visible in the following chart: 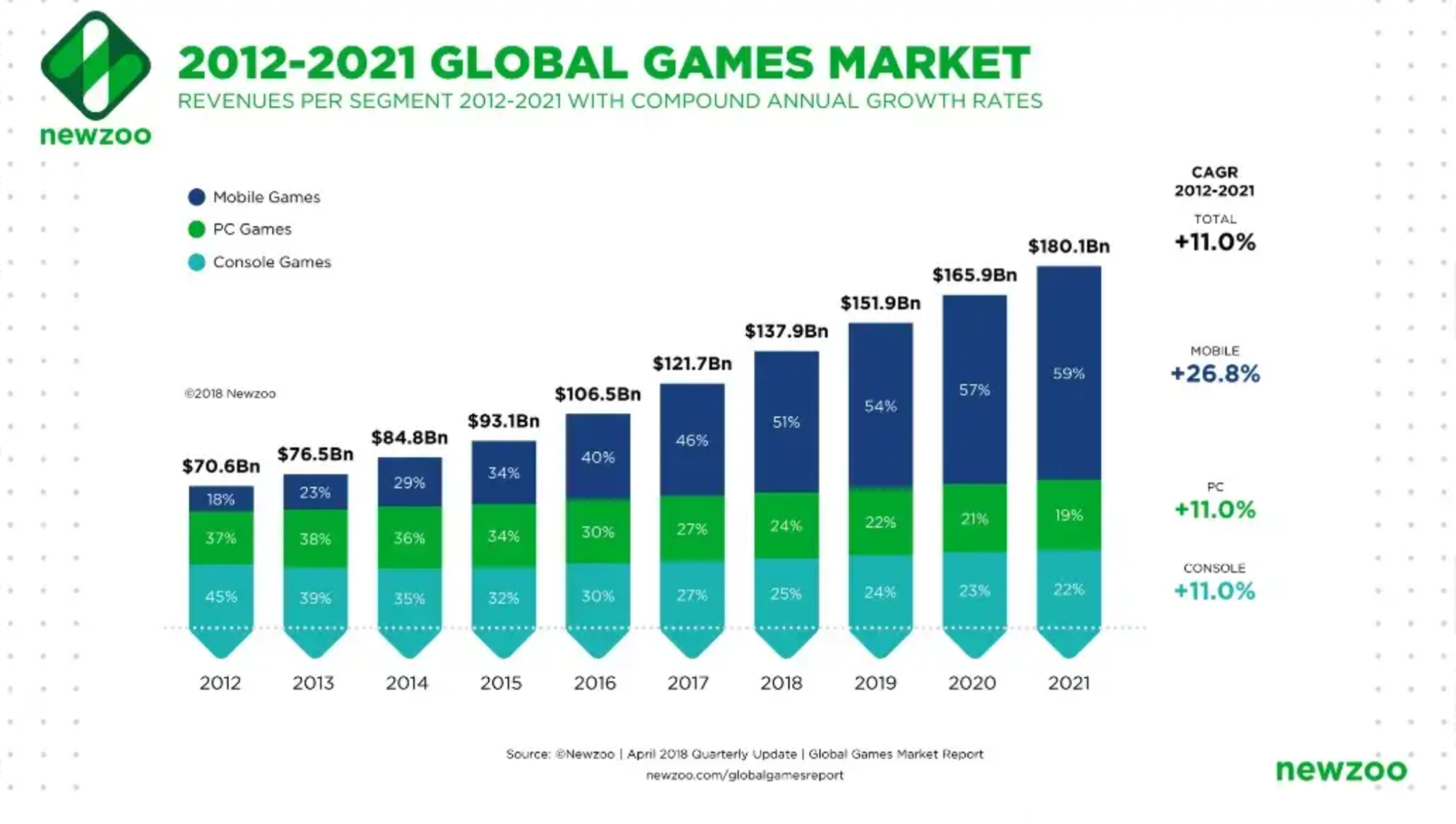 The Rise of Mobile Gaming

We use them for everything, especially games.

Yet despite the upward trend in mobile gaming revenue, it’s surprisingly hard to make a profit as a developer, especially as an indie developer.

This is because many game developers don’t want to negatively affect a user’s experience by placing advertising within their games, and the relatively recent phenomenon of offering free-to-play games has led to a change in gamer expectations and behaviour, diminishing the opportunity to earn money from video game sales and placing a greater emphasis on in-game purchases.

In this new frontier of free-to-play gaming, a developer’s best chance of raising revenue is through maximizing the profitability of virtual items. 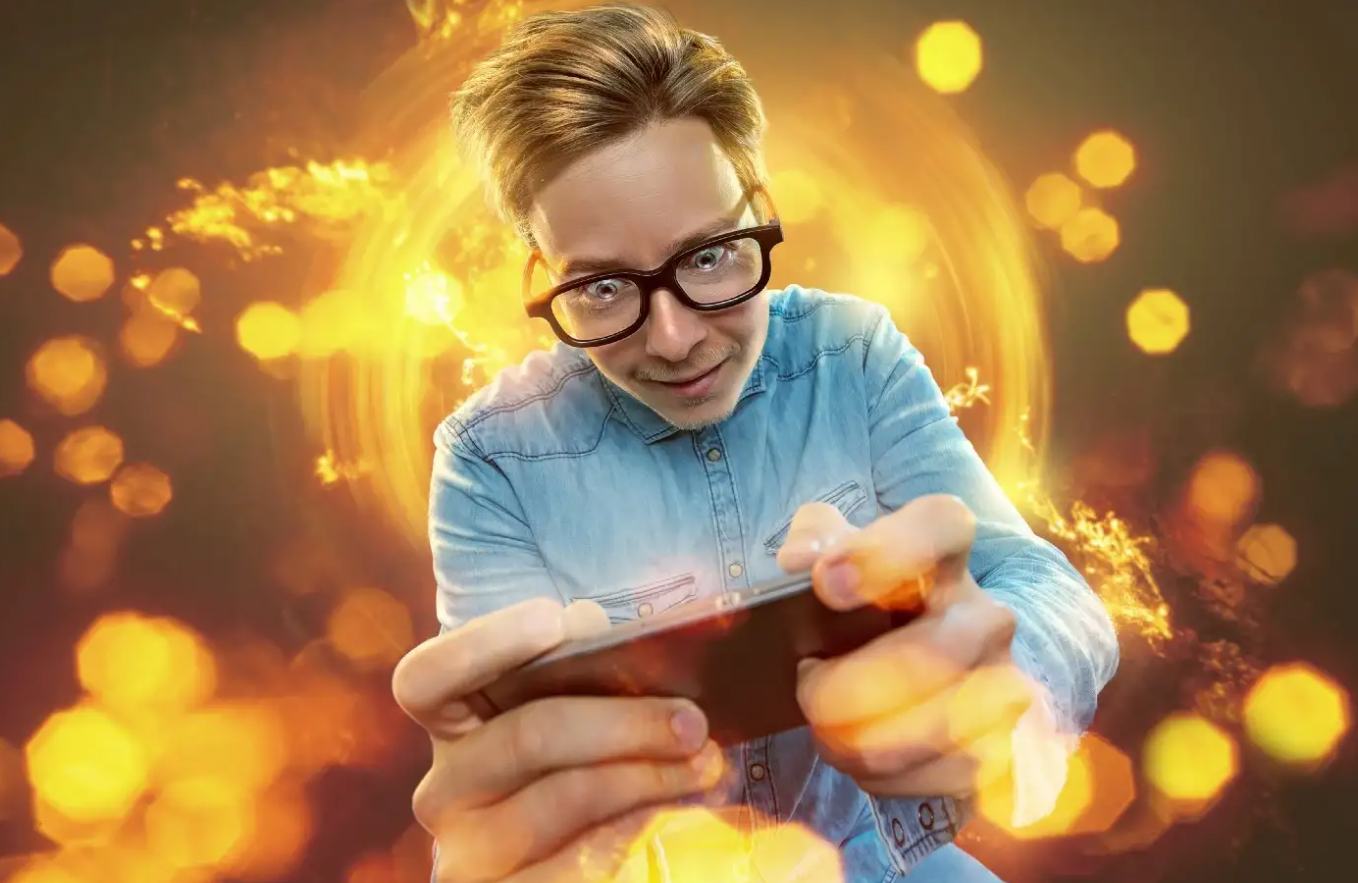 The Problem with Virtual Items

Virtual items are an increasingly popular method of monetization.

Allowing players to customize their experience through microtransactions and the purchase of virtual items is quickly becoming an industry standard.

Unfortunately, there are many downsides in the way virtual items are currently being handled and these issues are costing developers, and their customers, money.

Billions of dollars are currently being lost due to fraud and chargebacks on credit card transactions.

It is estimated that for every legitimate virtual purchase made, there are 7.5 virtual items lost to fraud.

The blockchain, however, can secure the management and transfer of virtual items by handling the transactions, delivery, and storage of those items in an immutable ledger.

Players buy virtual items to customize their characters and give them a leg up on the competition, but these virtual items offer little else.

The players don’t own the item, they don’t consider it an asset, and they are resigned to the fact that they will either lose, or cease to use, the item in the future.

This lack of future worth limits the psychological value of an item and decreases the overall amount of purchases that a player is willing to make in-game.

By existing on the blockchain, gaming items will gain all of the wonderful benefits once exclusively enjoyed by cryptocurrencies:

One of the most popular ways for indie developers to fund their projects is through crowdfunding sites like Kickstarter, but they currently have limited in-game incentives to offer their backers.

The blockchain allows indie developers the ability to offer exclusive/rare/discounted virtual items for immediate delivery to backers. This means players would receive their items straight away, store them in their secure wallet for later, and be able to use them immediately after the game is released.

Currently, virtual items are only useful within the game in which they were purchased.

This reduces the value of those items in time and space, meaning they’re only valuable within one game, and only for the period of time in which the player is interested in that game.

The blockchain offers developers the opportunity to dramatically increase the value of a virtual item by enabling the protected use of that item in an unlimited array of games, apps, platforms, devices, websites, forums, and retail outlets.

It would take co-operation from an astounding amount of people and organizations but in this reality, the narrative of Ready Player One’s metaverse would include decentralized governance that would make the movie’s entire adversity arc null-and-void. 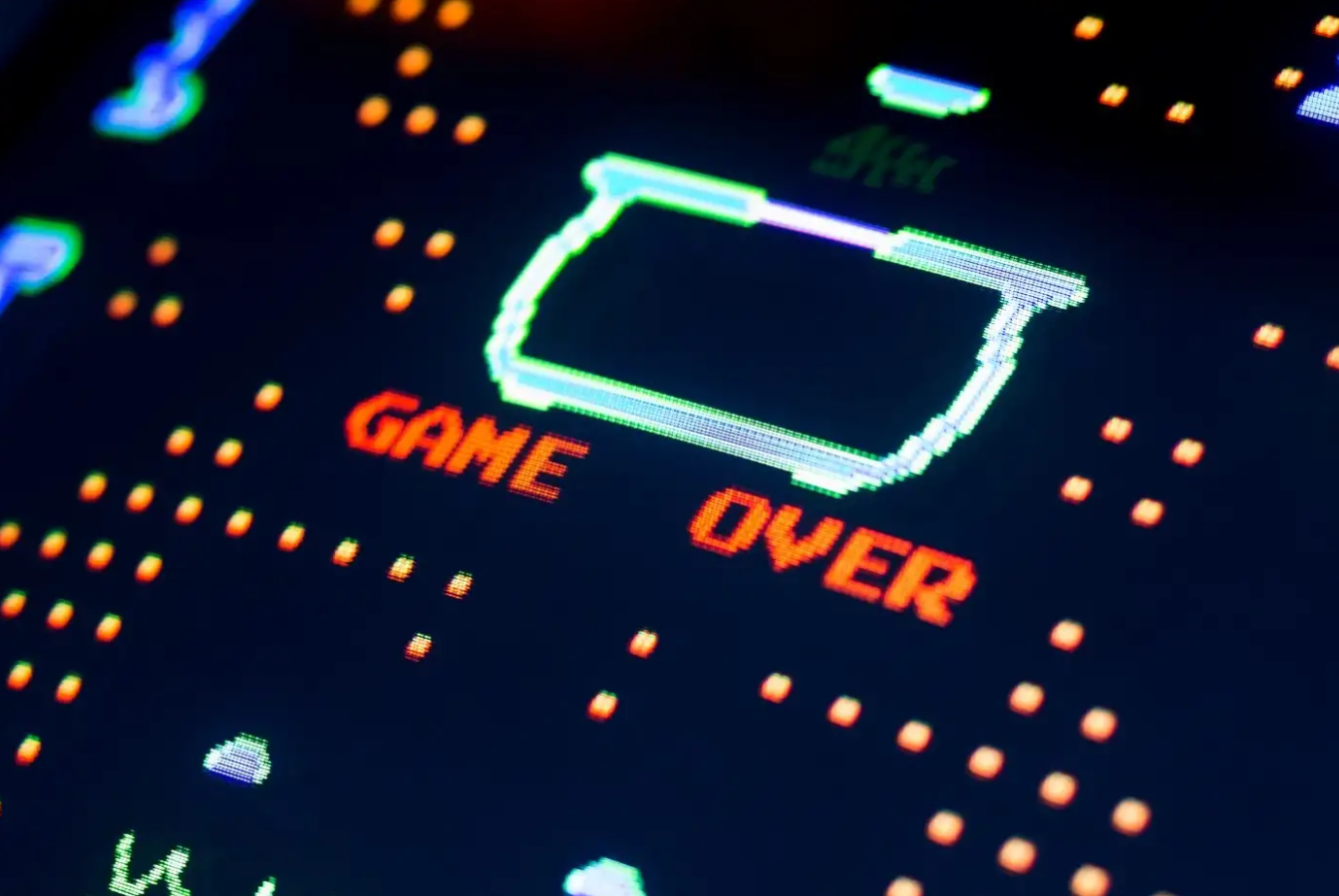 How Many More Billions?

I’m not comfortable making outlandish claims about how many more billions of dollars blockchain could single-handedly create for the games market.

However, I am comfortable giving you the figures so that you can make an educated guess for yourself.

Estimates place the value of the virtual item’s market at $70 billion, including some non-gaming products.

Now consider that any digital asset can be secured by the blockchain in one way or another, and remember that for every legitimate virtual purchase made there are 7.5 virtual items lost to fraud.

So, potentially, the current market of $70 billion represents just 13% of intended virtual item transactions. Let that simmer, for a minute or two.

It is estimated that only 2.5% of players pay for virtual goods.

Even if the figure increased to just 10% of players, the market value of virtual items would quadruple. Chew on that for a couple of hours.

Currently, one-third of video game related purchases are made in physical retailers however almost none of those purchases are for virtual items.

Right now, there’s surging popularity in the gaming item purchases through online stores, but it’s very difficult for indie developers to establish the connection between their online store, physical-store, and their gaming economy.

Giving retail outlets and websites the ability to promote and sell virtual items in a secure manner will open up new possibilities for game developers to market their in-game products in ways they never thought possible.

Potentially, retail purchasers could be up-sold additional virtual items in-store, with immediate transfer to their secure wallet in readiness for use in-game the minute they arrived home. This guided in-store process would expose a whole new 33% of the game-purchasing community to the joy of virtual items. Let that sink in for a few days. 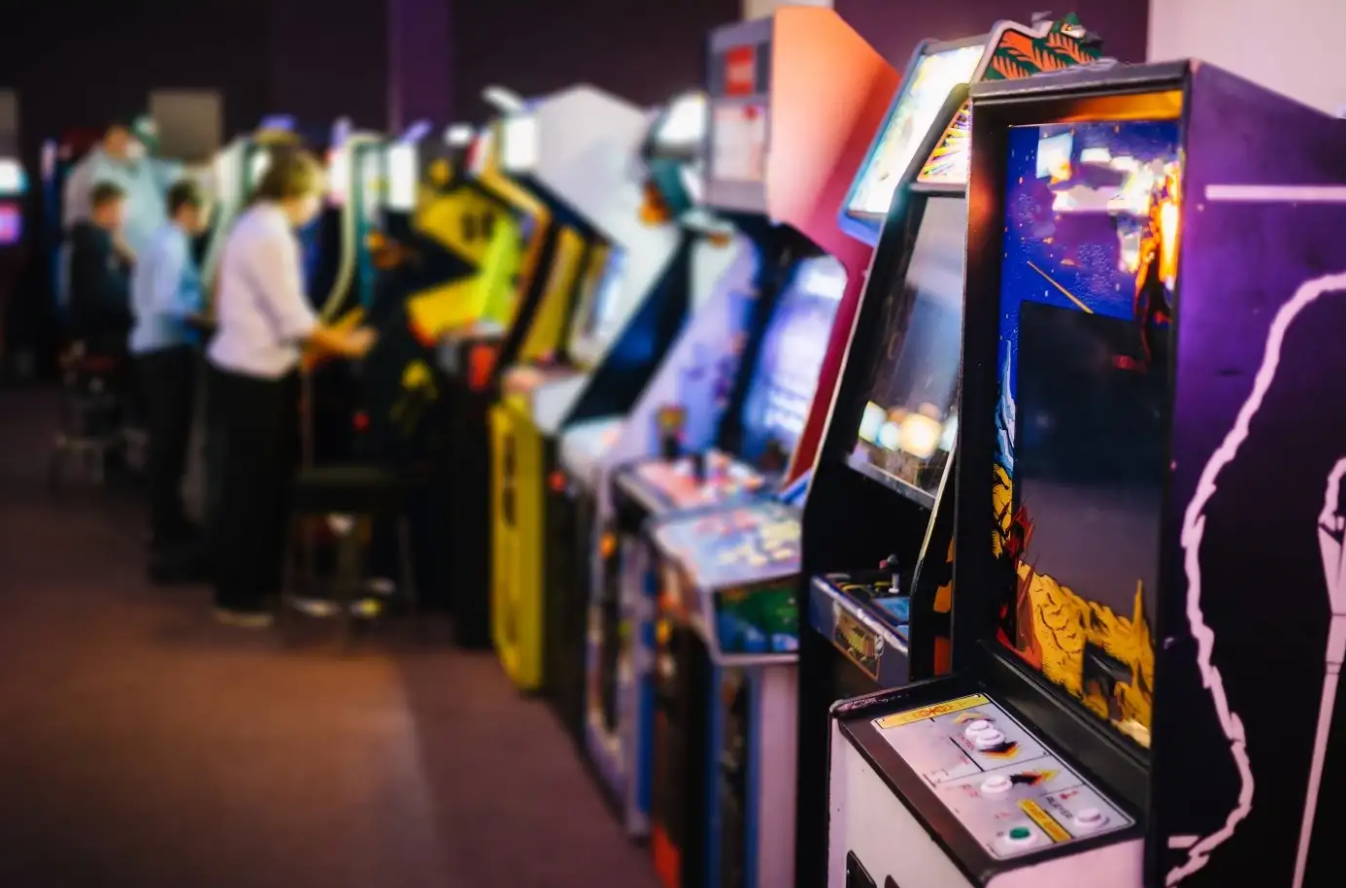 It seems clear that there is an advantage to be had for those entrepreneurs willing to be among the first to disrupt the virtual item industry.

Blockchain technology and video games are on an unavoidable collision course; I urge you not to look away..